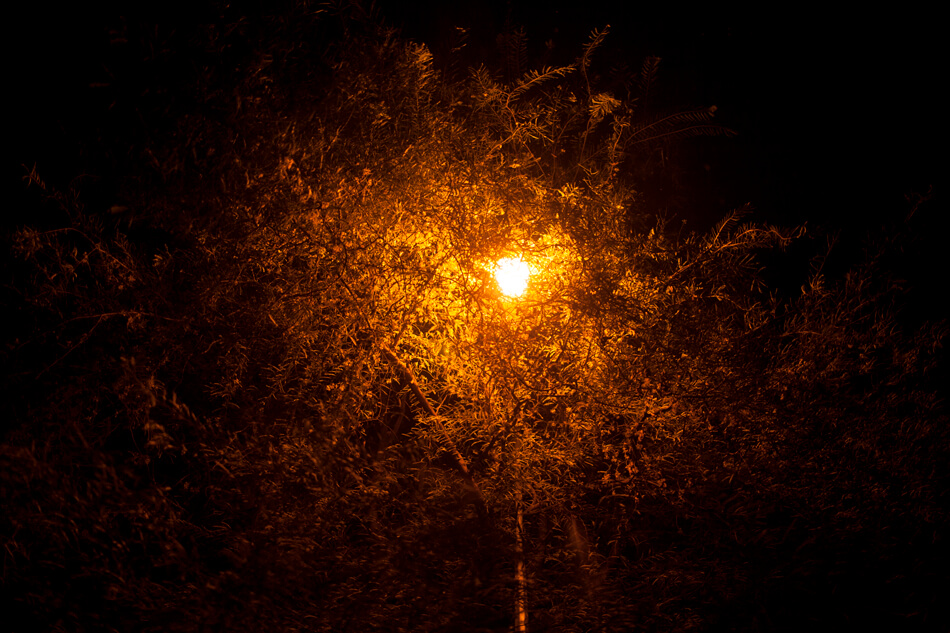 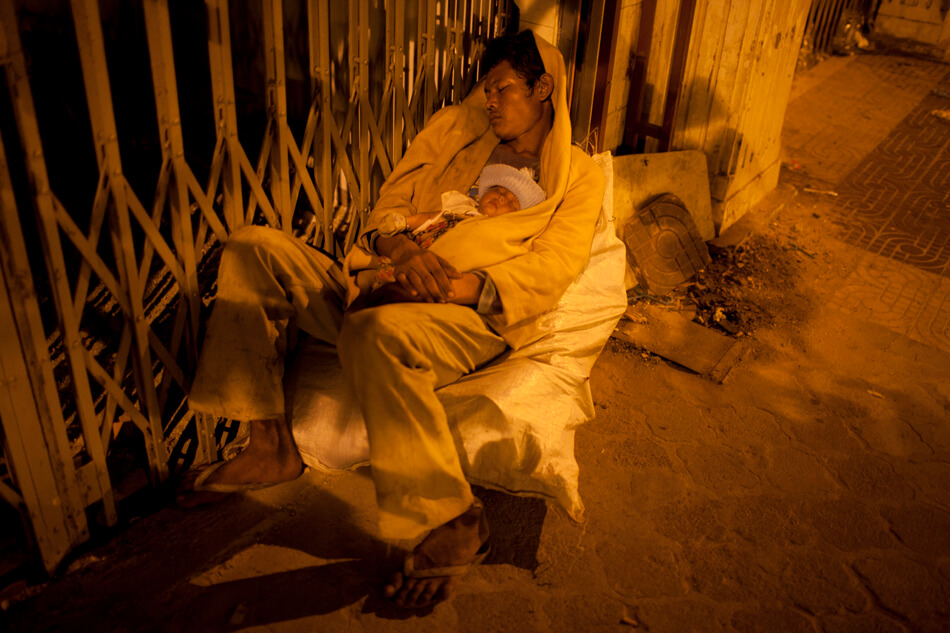 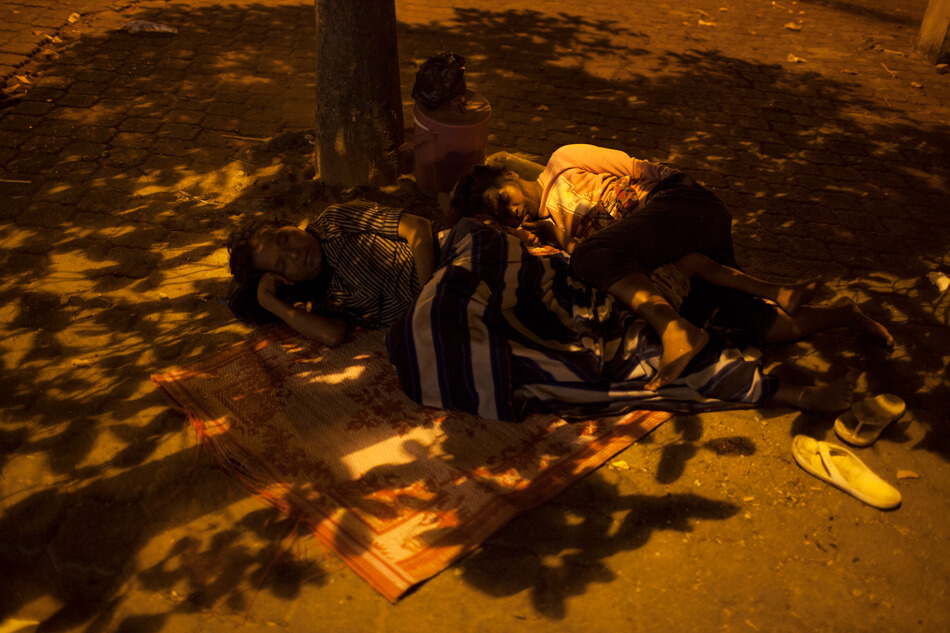 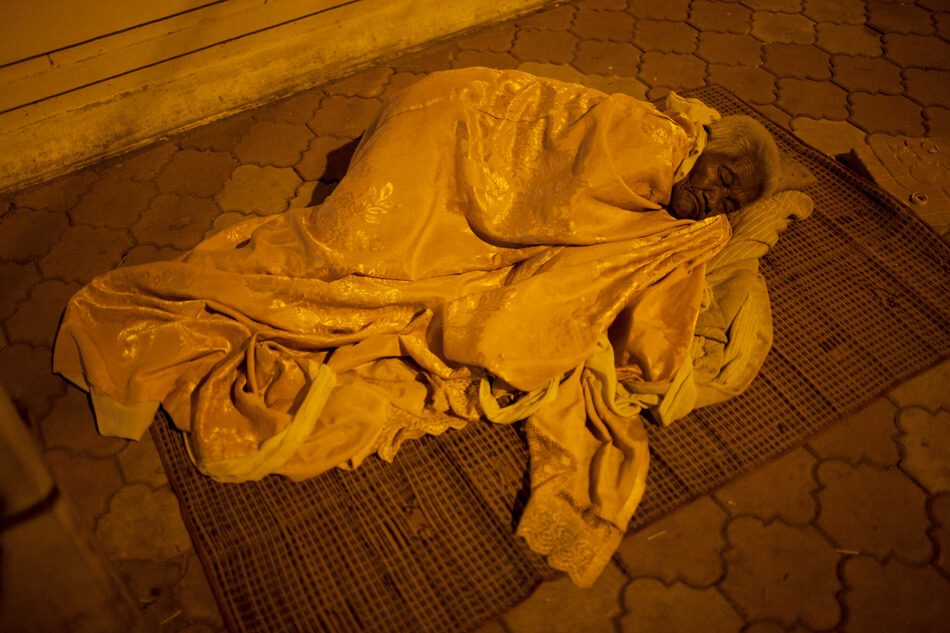 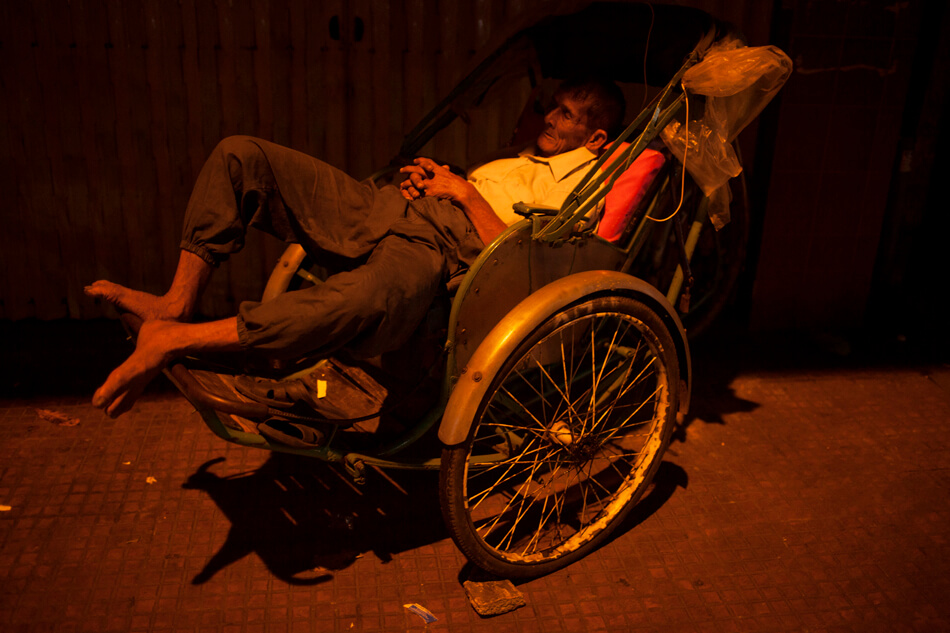 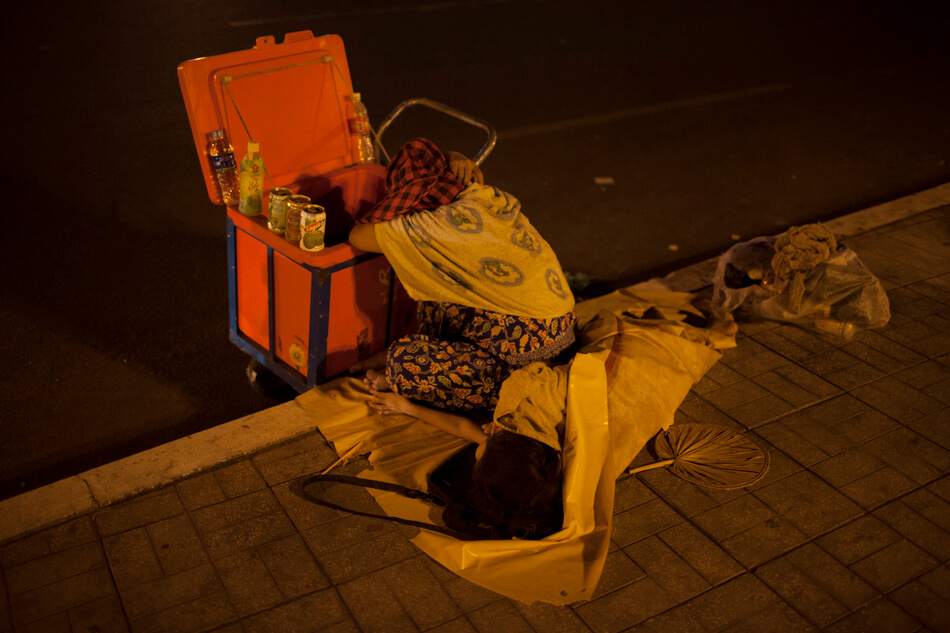 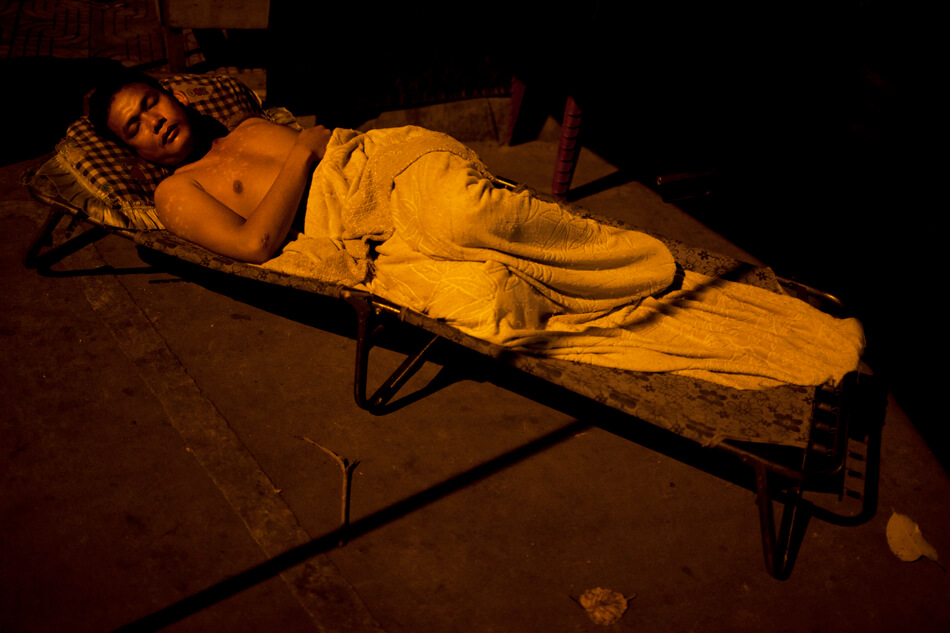 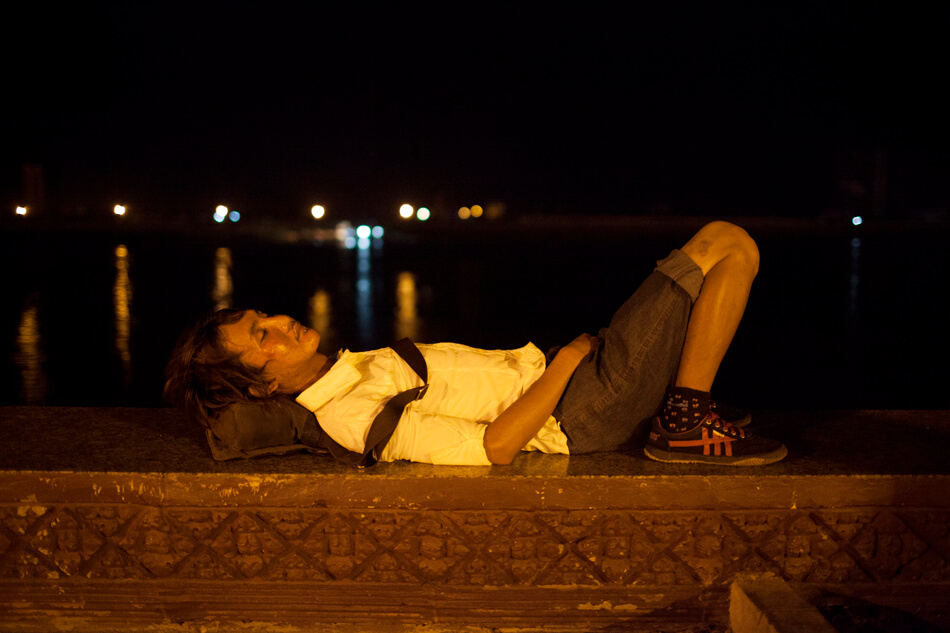 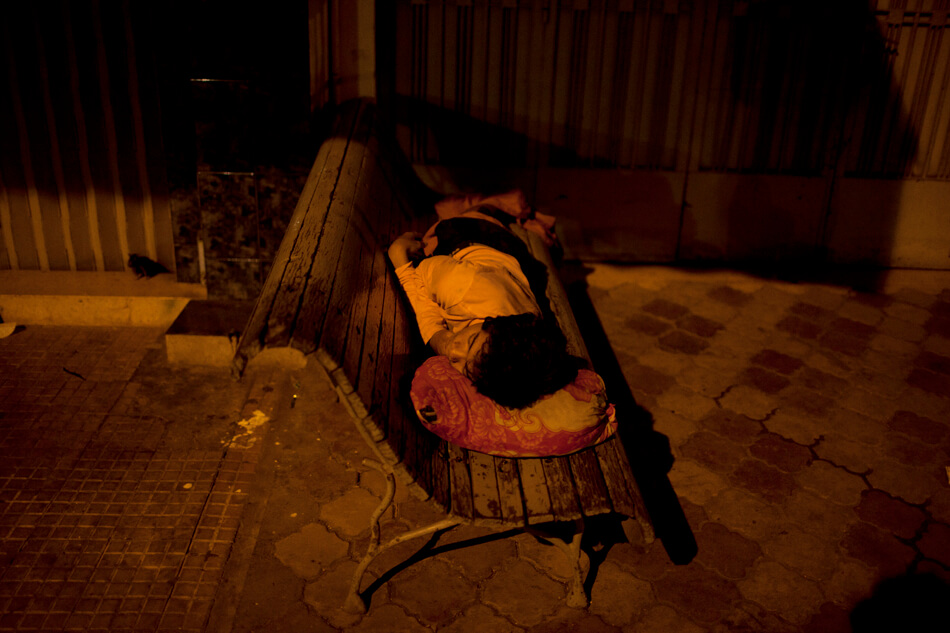 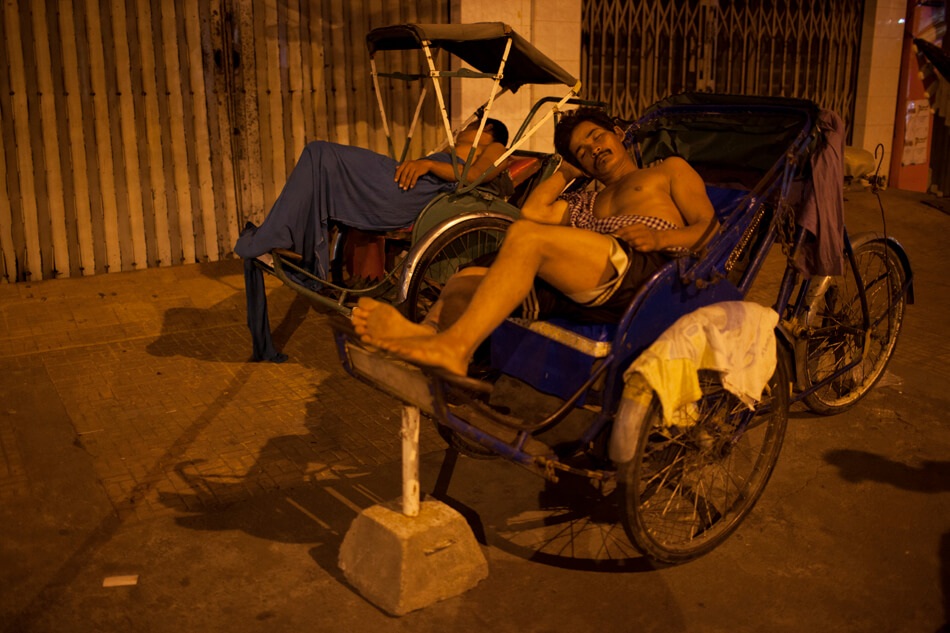 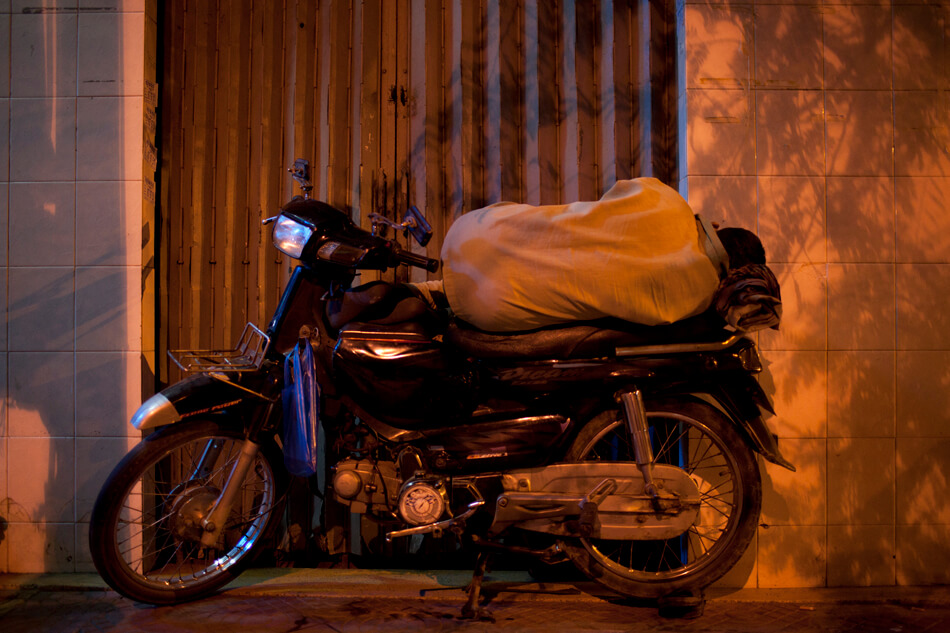 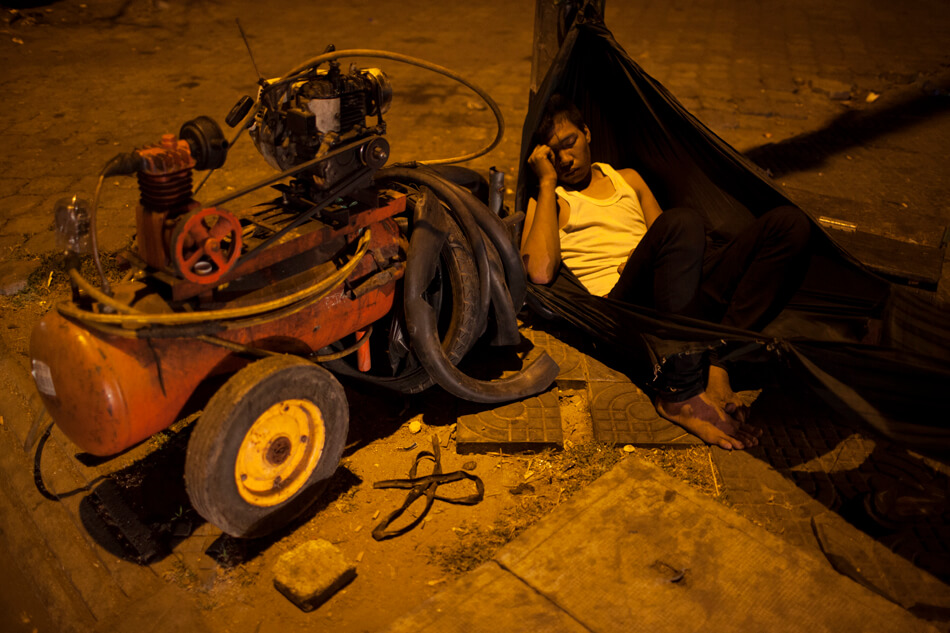 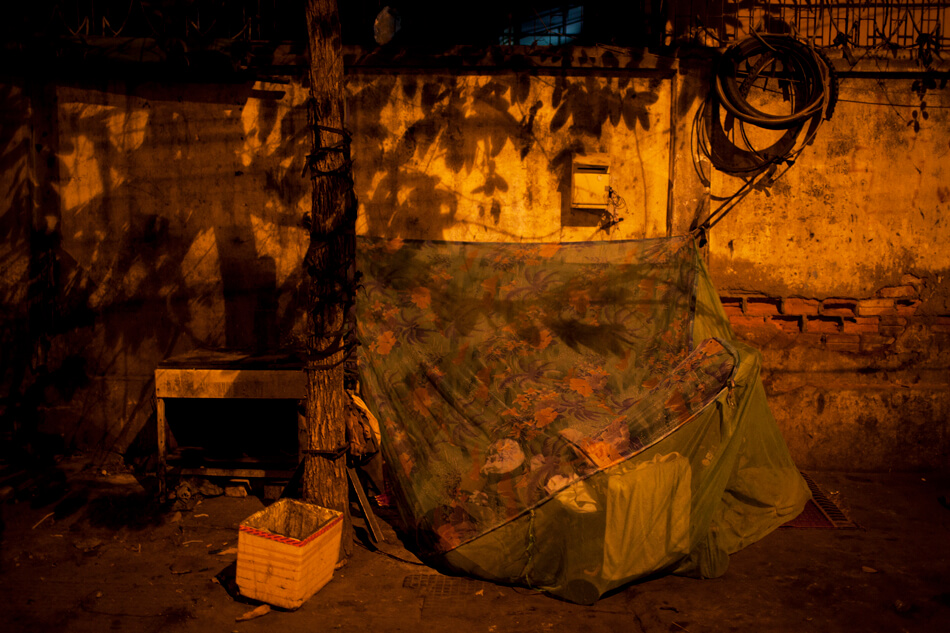 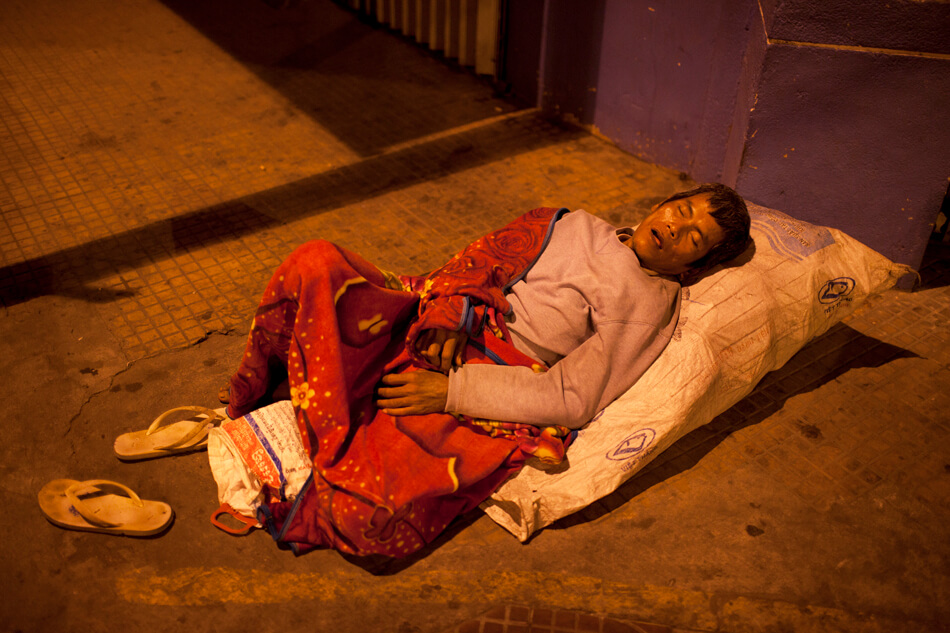 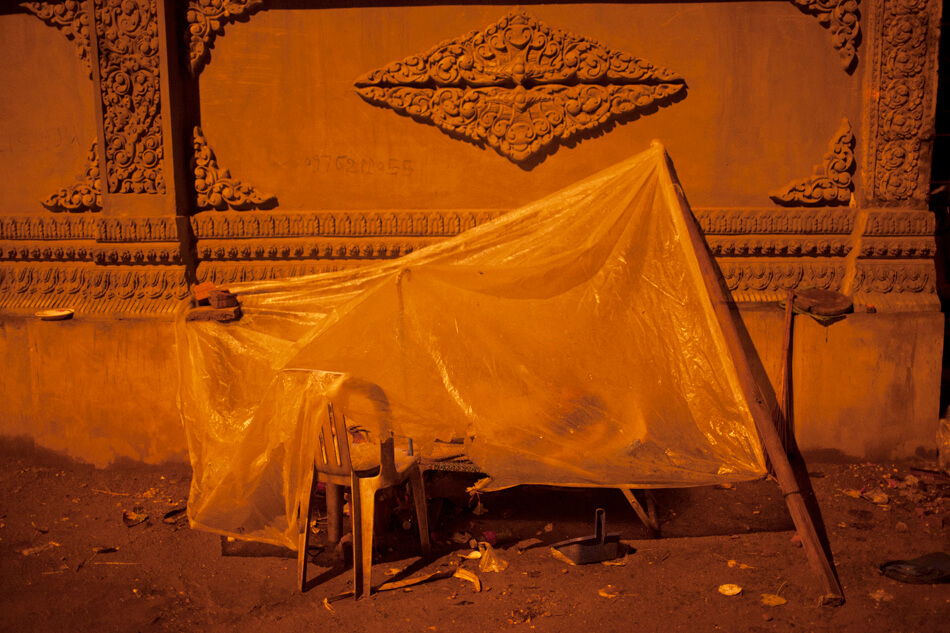 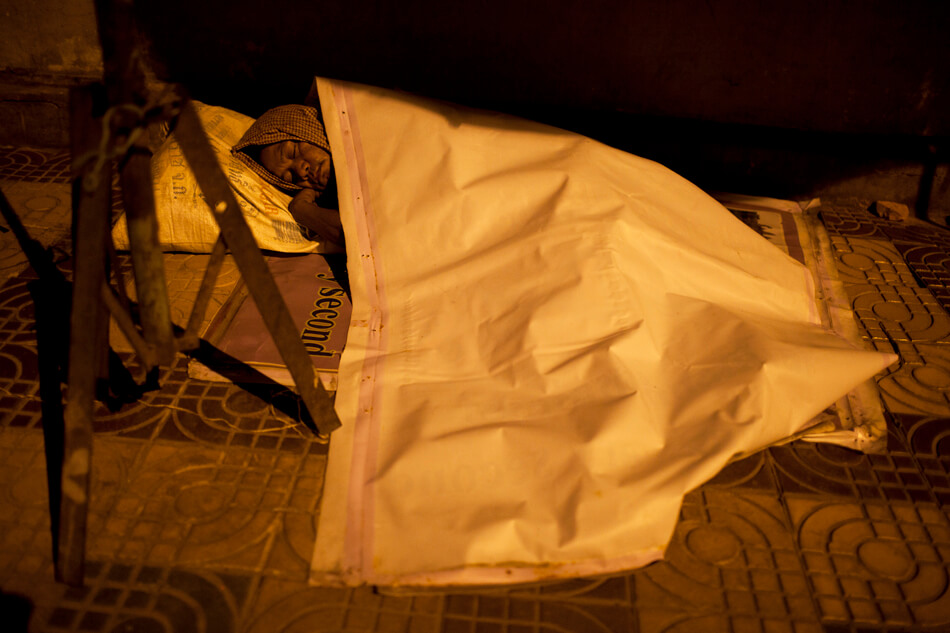 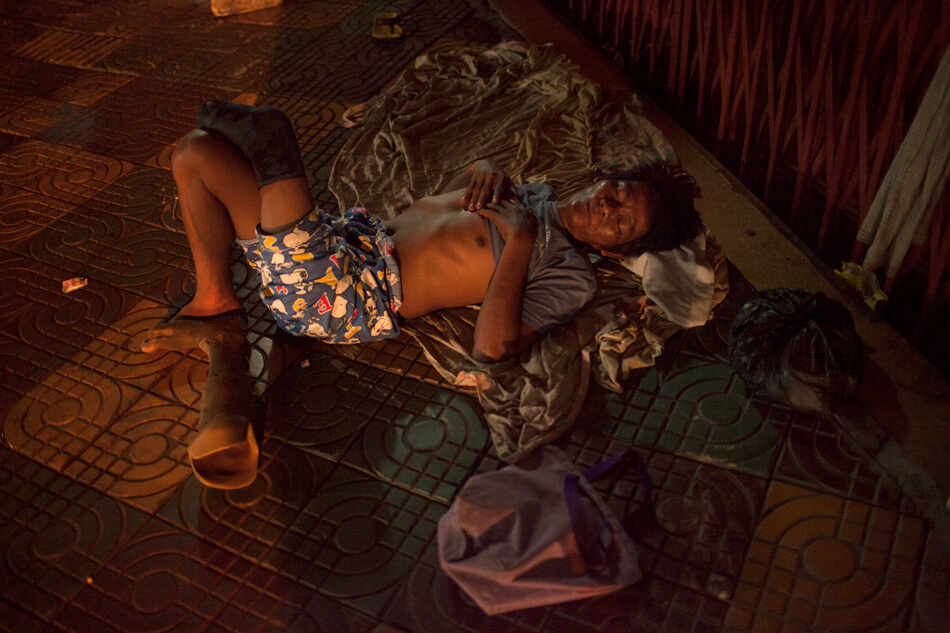 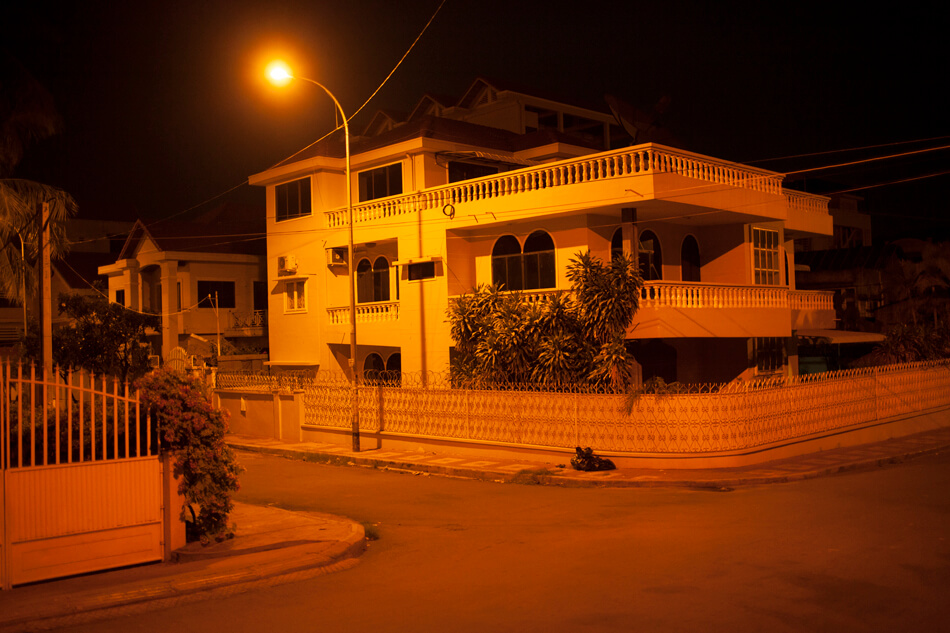 One late night after a party, I walked back home along Tonle Sap riverside, at Sisowath quay. On my way, in the dark night, I had seen something unclear in front of someone’s home. I walked closer and I realized that a man was sleeping on his bag with his baby in hands. Frankly, I was a little bit drunk, and I stood stuck there to observe life of human. As I got camera in hands, with traffic light from the street, I simply took a photograph without asking permission. Tiredness and sleepy, a man opened his eyes without caring with me and continue sleeping. From the first photograph, I decided to walk in the capital city Phnom Penh after midnight to take photographs.

“After 12”, I learned other reasons besides being on the streets as homeless and poverty stricken. They are there due to disability, being exiled, homosexual, family issues, and violence.